Some of the most beautiful emotions anyone can feel especially when there being expressed to you, so guys return it and return 10 fold if you find yourself in a relationship with these emotions.

Of course express it to friends and family on the regular and don’t take it for granted.

Why Loving is so important

Loving is so important in today world because of the amount of bullying that is taking place for no good reason. The culture we have created online is one of commentary, which is totally fine in my opinion so long as it is of good nature.

The Dark Side of Online Media

The dark side however is something I have personal experienced and it can break your confidence and in my case it’s one of the reason I will wait anonymous with my blogging at Loving The Sales.  A number of years ago before blogging was so popular I created a blog based around fashion that really took off. I think people following me at the time actually liked my ranting type of writing with my occasional poor grammar and spelling mistakes haha. Yes I have also done modelling before and gained a huge following which was exciting in the beginning, especially with the sponsorship and other fun benefits that came such as new outfits. Then nasty comments however from both male and female followers was something I found hard to deal with.

Meeting The Mc Donnell Brothers way back when

I was introduced to the Mc Donnell brothers David & Michael through a mutual friend a long time ago as my friend said there friendly and savvy when it comes to Online Trends. “The Boys” as they are known.

Why you ask? You rarely meet or see one without the other and they look like twins.

I explained to “The Boys” I was struggle to understand how to manage different aspect of online blogging and didn’t even know how to use Twitter properly at the time, they gave me a crash course and set up online management tools for me to use. What a life saver, I could actually use multiple platforms at once which is just a plugin today. They even made personal introductions to female entrepreneurs from there vast network. They really spurred me on at the time even though they did not know realize how much help they had given me.

They had insights into online social media that was years ahead and they predicted Influencers would become a normal everyday business for people with big social followings. How right where they?

The boys were so encouraging and friendly and even warned me that I may experience backlash online and offline and if I did, “just ignore or bloke them”.

I will never forget this part of the conversation because lone behold they were correct again.

“Now listen that goes for friends and family to, you’re doing something different now an entrepreneur so to speak they said. People are going to be negative about what’s new it’s just human nature. Learn to ignore anyone who is not supportive.

The Boys were sorry for that offer I think because I rang them twice a week haha. The annoying little sister they never had, they never treated me like that however actually they made me believe in what I was doing. Come to think about it, they were essentially my social media managers before they were a thing, The Boys never asked or charged any money though.

As thing progressed positively and negatively I told the boys the negative comments were getting more frequent and disturbing and they become really protective of me and when we attended a really big technology event in Dublin The Boys made a B line for guys in Facebook & Twitter to tell them create an Algorithm to bloke Nasty Comments. I didn’t know what an Algorithm was until the boys explained it to me.

“An Algorithm in this case is like Parental Guidance, if you report your own profile to the company because you are receiving a lot negative comments, you allow them to filter out what they perceive to be the bad comments as sentence will contain bad words. Then you can just interact with friendly people” Micheal explained.

I thought wow what a brilliant idea and I don’t think any social media company implemented any feature like this for years after The Boys explained the Big Issue to them direct with a solution they could implement.

I took The Boys Advice however and I blocked and ignored people as much as possible but I couldn’t keep up with ignore them.

It was actually impossible to do because there was so many nasty comments. In order to see if they are nasty of course you have to read them. Then you’re upset and second guessing your writing and your pictures. In the beginning I would regularly interact with my followers as they asked different questions about style but coming near the end I was withdrawn in case I would see a nasty comment like, SLUT, or Attention seeking Bimbo so I took a step back from the publicity of it.  The fact that I knew the people made it harder as I was actually afraid to confront them if I meet the out.

Where I am at Now

Personally I love to write and to spread positive vibes while getting to hear other people’s insights about the fashion industry. This why I actually love what we are trying to accomplish at Loving The Sales, Spreading The Love and giving The Customers what they want how they want it. I have known the guys here at Loving The Sales for some time and have always admired their positive attitudes and abilities to turn their ideas into reality, most of all there my friends.

It’s funny when the Boys are explaining an Idea, they go at a rate of knots that’s hard to keep up, but they articulate beautifully why they are going create it no matter what.

After hearing the vision for Loving The Sales I was like wow that’s amazing.

You know I can write guys, could I write some blog post for it?

The Boys asked if I would like to write again, I answered of course you know that.

“Ok if you want but no pressure, you’ll have free rain, write whatever you want, write as little or as much as want, about what you like.

Think about it, let us know.

No pressure whatever you decide is all good”

I was thinking, I was in 5 minutes ago if you let me haha.

I love it, everything down to the name of company is done for the right reasons wow

(I will go into this conversation in more detail with another post if you want?)

The reason I’m writing this post is because I watched a Documentary of one of my favourite people singers, my friends and I even voted for her group on the X Factor.

I admire her even more now, she’s been through it and came back better than ever, which is something I hope I can do over time. Either way I’m assured by “The Boys” I’ll always have a spot with them. 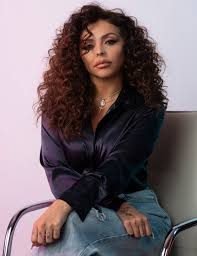 The Documentary is shocking but real and highlights sensitive issue, but lets us all know there is help out there. Remember to keep on Loving Yourself and your friends and Family are there for you.

I have attached the links to the Documentary below.

Little Mix star Jesy Nelson goes on a journey of rehabilitation as she opens up about the abuse she suffered at the hands of cyberbullies and its effects on her mental health.

Unfortunately it’s a regular occurrence and even though Irish people are supposed to be the most welcoming country in the world with one of our most famous Irish sayings being Céad Míle Fáilte which translates in English to ‘a Hundred Thousand Welcomes’. The Nation to is let down by a small number of negative people who troll people such Josh Pray the African American comedian who has highlighted the one of our national treasures, Hurling to the world with his funny viral videos explaining the game from a foreign persons point of view.

Without going into much detail he has been giving abuse by Irish fans of the game and told more or less to his opinion of “our” game to himself. Josh has taking the higher road and decided to walk away from commentating on the game to avoid the abuse but in reality if the Irish fans of the game embraced him it could be a stepping stone to promote the game in the USA where the game could raise its profile and therefore advertising revenues and eventually become semi-professional.

I just wonder what the Cork All Star hurling legend Seán Óg Ó hAilpín would make of this unjust and unfair treatment of someone of a different complexion, as he went through the same abuse when he came to Ireland first?

Unfortunately there are several more examples in the country that I can mention but, one key I found for negative things is to take the oxygen out of it. No Oxygen for Negativity so we won’t mention any more.

It really is Ok guys not to be Ok with what people are saying or doing to you, reach out for help. Below I have some links to such organisations and lovely people who will help and keep it private if you wish to do so.

Helpful Links in Ireland & The U.K

Uk.
Information and support for issues raised in the programme: bbc.in/2lMTtNV

Depending on what country you are in guys, reach out always to friends and family first but if not Google your local Samaritans. Help is always there.

About Loving The Sales

Questions? Email Us At: [email protected]

A Proper 12, Notoriously Top Class from The Champ Champ.

Found LovingTheSales to be a simple and easy to use

Found LovingTheSales to be a simple, easy to use website with huge deals from big brand names. Would recommend using often to save time and money buying online.

Brilliant website, easy to use and lots of products.

Brilliant idea and website, easy to use with a great range of products.

Fabulous website to find sales.
SpendersFriend has all my favorite brands and helps me find the sales I am looking for fast. Will recommend.

Why Loving The Sales?

Directing you to the World of Brand Sales in One website. FYI, Sales Items Sell Fast.
Loving you our Customers and Brand Partners.  #❤️ing #LovingTheSales #Loving Loving The Sales

This website uses cookies to improve your experience while you navigate through the website. Out of these cookies, the cookies that are categorized as necessary are stored on your browser as they are essential for the working of basic functionalities of the website. We also use third-party cookies that help us analyze and understand how you use this website. These cookies will be stored in your browser only with your consent. You also have the option to opt-out of these cookies. But opting out of some of these cookies may have an effect on your browsing experience.
Necessary Always Enabled
Necessary cookies are absolutely essential for the website to function properly. This category only includes cookies that ensures basic functionalities and security features of the website. These cookies do not store any personal information.
Non-necessary
Any cookies that may not be particularly necessary for the website to function and is used specifically to collect user personal data via analytics, ads, other embedded contents are termed as non-necessary cookies. It is mandatory to procure user consent prior to running these cookies on your website.
SAVE & ACCEPT